Does this sound familiar?

Just check out this link: Defunct Computer Companies of the United States. A clear testament to the folly of once dominate companies losing their collective minds.

The Hubris of Amazon Fee Increases

At one time or another all of the companies in the link were at the top of their industries. Now they're dust. Why? Because they forgot about who made them #1: their customers!

Amazon is no different—but then again, maybe they are, a little.

Amazon is nothing if not customer centric. That's a fact. But exactly who are Amazon's customers? (Besides the entire world.) It's 3rd party sellers, that's who.

But why let a little thing like being responsible for nearly of your annual revenue get in the way of world domination? Do the folks at the top echelons of the company truly understand how they're alienating a major part of their customer base with regular Amazon fee increases?

Staring into the Abyss

Last year Amazon derived more than 40% of its total revenue from 3rd party sales. And as a reward for all of our hard work, they jack up their fees and cut our margins! 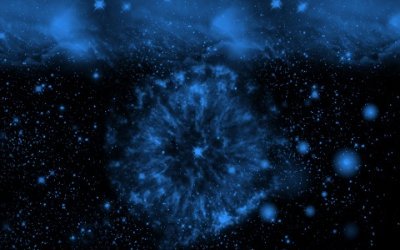 How’s that for gratitude? Amazon can do whatever it wants, it's their real estate. But therein lies the opportunity.

Someone like me is going to get fed up, or see an opening. Like a chip in the Amazon armor. What if a customer centric competitor came along that, by design, was committed to giving its 3rd party sellers the opportunity to make decent margins?

Would hundreds of thousands of sellers abandon Amazon and flock to this new upstart? Not likely.

Would hundreds of thousands of sellers add this new upstart to their distribution channel as an additional outlet for their wares if there was no risk? You betcha! Especially when facing more Amazon fee increases.

I firmly believe that what we're witnessing isn't another step by Amazon toward world domination, but instead, the very early beginnings of a long, slow decline for the online behemoth.

Does that sound like hyperbole? I don’t think so. The technology graveyard is littered with examples of how the mighty fall prey to those who keep closer tabs on the pulse of the marketplace.

Need more proof? Just look at what nearly happened to Apple Computers. If it weren’t for the remarkable return of Steve Jobs, Apple would be but a distant memory right now.

The Abyss Stares Back

The ultimate question to be answered is, does Amazon have the business dexterity and foresight to look into the abyss, turn itself around and run the other way?

After all, it was Nietzsche who said "If you stare into the abyss, the abyss stares back at you". Will the tormentor ever become the tormented?

Only time will tell.

Joe Waynick is author of several eCommerce books covering the bookselling and publishing industry. His books are available on Amazon.com.You can also follow him on Twitter @JoeWaynick.

There are many great books chock full of ideas about how to profit from selling used books online. To find them just click the “GO” link next to the Search box below and you’ll be shown hundreds of titles like the sample books you see pictured:

Has this article been helpful to you and/or your business? Would you like to add a point or two I may have missed?

Use the form below to create your own webpage on this site and share your thoughts about the article. You can even write an entire article of your own! In fact, comments consisting of 300 words or more receive priority consideration.

Blatant commercial messages will not be posted. In addition, SPAM or inappropriate comments or pictures (in my sole opinion) will be ignored.

Nevertheless, a SHORT promo for your business and a link back to your website at the end of your comments are permitted.